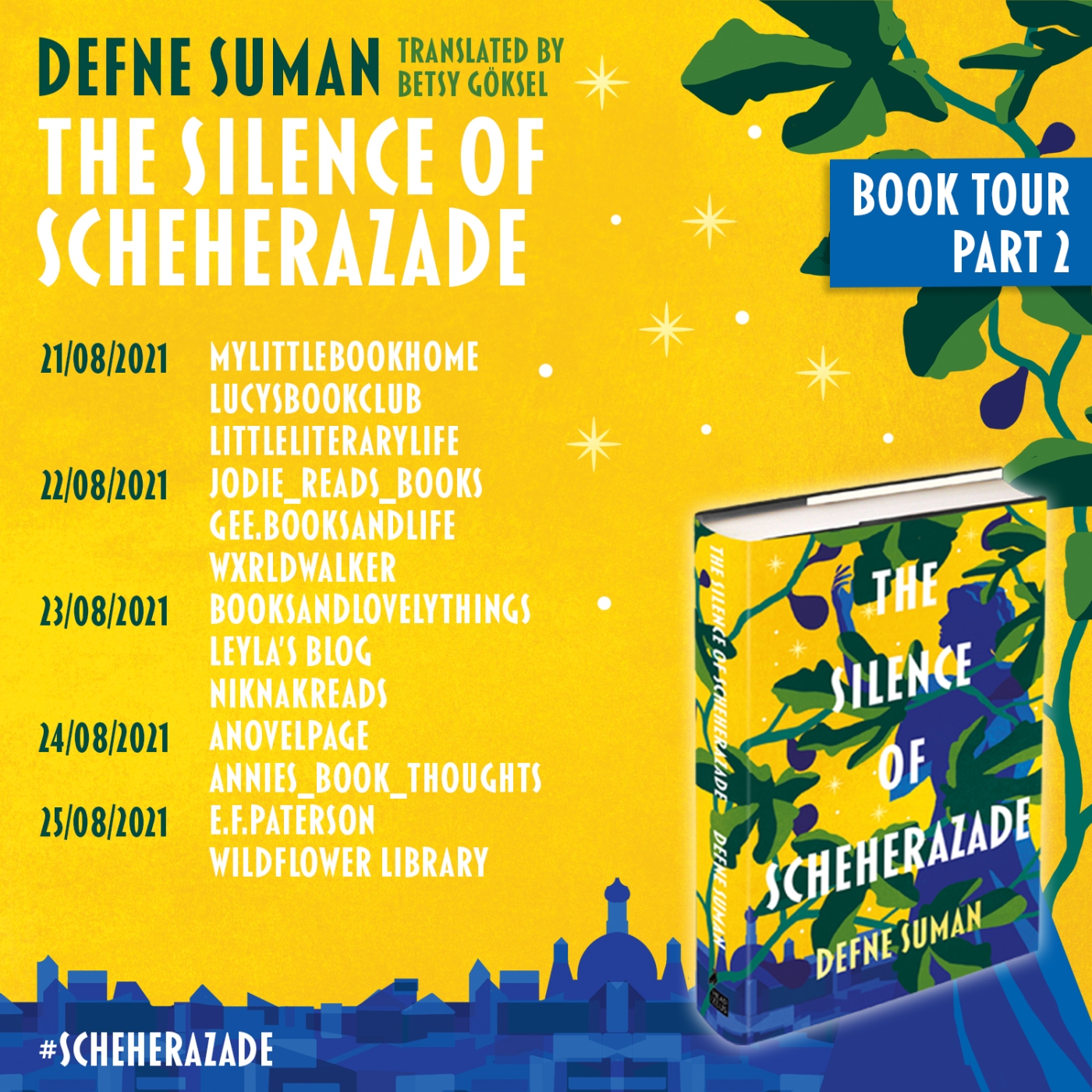 At the heart of the Ottoman Empire, in the ancient city of Smyrna, a devastating moment determines the fates of four families.

On an orange-tinted evening in September 1905, Scheherazade is born to an opium-dazed mother in the ancient city of Smyrna. At the very same moment, a dashing Indian spy arrives in the harbour with a secret mission from the British Empire. He sails in to golden-hued spires and minarets, scents of fig and sycamore, and the cries of street hawkers selling their wares. When he leaves, seventeen years later, it will be to the heavy smell of kerosene and smoke as the city, and its people, are engulfed in flames.

But let us not rush, for much will happen between then and now. Birth, death, romance and grief are all to come as these peaceful, cosmopolitan streets are used as bargaining chips in the wake of the First World War.

Told through the intertwining fates of a Levantine, a Greek, a Turkish and an Armenian family, this unforgettable novel reveals a city, and a culture, now lost to time.

I am so delighted to be one of today’s stops on the blog tour for The Silence of Scheherazade by Defne Suman, translated by Betsy Göksel. As soon as I heard the news of this book being released, I knew instantly that I wanted to read and review it, and I am so glad I did and thankful that I had the opportunity to do this.

Suman is a wonderful storyteller and plot crafter. She successfully keeps readers in just enough suspense and intrigue as they navigate the different narrative perspectives and times. There were so many detailed descriptions that created lots of the emotional and harrowing scenes experienced throughout the novel, but also the more light-hearted and innocent ones too. The blend of both of these served to create a truly captivating novel.

Characterisation is also another brilliant aspect of this novel. Four families are featured, each with differing views, personalities, appearances and other traits. The main characters felt very real as each had flaws that contributed to their composed humanity. As the novel progresses and these characters and their lives start to intertwine, there were many surprising reveals along the journey.

This novel is perfect for any historical fiction fans who would like to learn more about the atrocities that occurred in Smyrna in the 1920s, blended with beautiful and poignant storytelling that reveals the devastating nature of war and conflict.

A huge thank you to Jade from Head of Zeus for my proof copy of the novel and place on the blog tour, in exchange for an honest review!

Defne Suman was born in Istanbul and grew up on Prinkipo Island. She gained a Masters in sociology from the Bosphorus University then worked as a teacher in Thailand and Laos where she studied Far Eastern philosophy and mystic disciplines. She later continued her studies in Oregon, USA and now lives in Athens with her husband. The Silence of Scheherazade was first published in Turkey and Greece in 2015 and is her English language debut.

Betsy Göksel is an American teacher and translator who has lived in Turkey since the 1960’s. Her translations include The Hate Trap by Haluk Şahin as well as several books on art and architecture for the Istanbul Municipality.